Know your candidates: an interactive guide to the Oakland Mayor’s race

In anticipation of the 2010 election, Oakland North asked the 10 candidates for Oakland mayor two questions: what distinguishes you from the other nine hopefuls and what would your top two priorities be as the city’s next mayor? 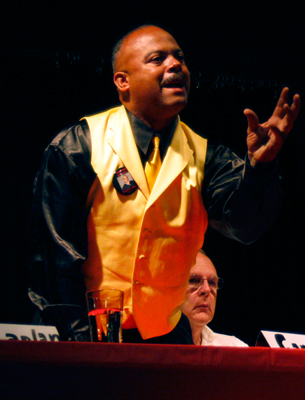 Director of a local school

Candell says that life experience on the streets of Oakland has distinguished him in the race for mayor. He also said that his eloquence set him apart from the competition. “I am able to articulate the English language in ways that would make people’s hair stand on end.”

Top two priorities as mayor of Oakland:
1.) Opening 20 youth centers in Oakland
2.) Employing Oaklanders, with a focus on minority males

Fields says that he is the underdog in the race, but distinguishes himself by campaigning cheaply and promising large financial returns if he were to be elected. “I’m about serving, not being served.”

Total campaign spending: Forms not filed with city as of Oct. 25.

Harland says that his experience as a small business owner gives him insight that others running for Oakland mayor lack. The absence of entrepreneurial sensibilities, he says, is what placed the city in financial distress. “Some of them have no business experience at all.”

Tuman says he distinguishes himself by being the only leading candidate who hasn’t been an elected official, giving him an outsider’s view of the issues in Oakland government. “You want someone outside the process to bring a new and different perspective.”

Kaplan says her plan for Oakland’s recovery, highlighting her emphasis on local hiring, sets her apart from the other candidates. “I have the most effective strategy for revitalization of our community,” Kaplan said.

Macleay says, though Oaklanders are wary of politicians, his Green party message resonates with voters. “I am independent from the Democrats, the professional political career building and the big money and influential, but un-elected, endorsements,” Macleay said.

Top two priorities as mayor of Oakland:
1.) Governing on behalf of every demographic
2.) Overhauling the city budget

Perata says his experience distinguishes him in the crowded mayoral race. After serving in the state senate for 12 years, Perata believes he has a proven record of being able to make tough political decisions. “I think I have the experience, the whiskers, and the scars.”

Quan says that she and Perata are the only two candidates running a city-wide campaign, but that she is prepared to be Oakland’s next mayor because of her 20 years of public service and familiarity with the city. “I don’t need a GPS or a driver to get around town.”

Hodge says her unique idea to decentralize the police department for more effective law enforcement sets her apart from the other candidates. She says she has the entrepreneurial drive required of Oakland’s next mayor. “My expertise as a business person suggests I am the perfect person to lead Oakland.”

Total campaign spending: Forms not filed with city as of Oct. 25 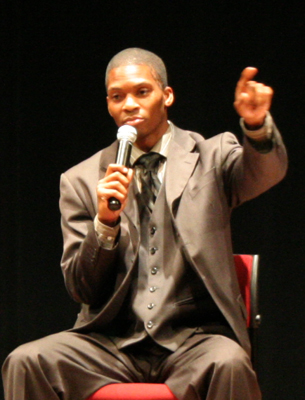 As the youngest candidate in the race for Oakland mayor, Young says he had more energy than his competitors and could better relate to the city’s young people. “I can, at my age, leave a legacy and be the best mayor that Oakland’s ever had.”

Total campaign spending: Did not spend the $1,000 minimum required to file

Lead image: Nine of 10 candidates for Oakland mayor gathered at Holy Names University for one of the last forums before the election. Bob Butler of the National Association of Black Journalists (sixth from the left), moderates the forum.

School board reviews facilities improvements funded by Measure B