On 40th Street in Oakland, not far from Temescal’s crowded commercial strip, there’s a tiny coffee shop called Subrosa. Its dimensions, including the space behind the counter and the area where customers stand and order, come in at a whopping 10 by 12 square feet, and folks who want to stay a while take their caffeine out to a few tables and chairs on the side walk. It would be nice, thought owner Catherine Macken, if there was more open space for people to sit and relax.

So she started scheming with Mackay Gibbs, the owner of Manifesto Bicycles, which occupies the building next door. They’d heard about parklets, or miniature outdoor spaces built in place of street parking, springing up all over San Francisco and wanted to build one on 4oth Street. When Oakland’s pilot parklet program was announced in September of 2011, they saw their chance: Eight lucky applicants were going to earn permits to use city space for their parklets. Macken and Gibbs applied, were awarded the permit, and got to work.

Their planned parklet continues a trend of business and innovation that 40th Street has seen over the last few years. There’s a record store, a new restaurant, a bike shop and even a fresh produce market where there used to be only office spaces and an excess of abandoned buildings.

Residents of the neighborhood have been trying to turn 4oth Street into more of a community. They’ve been moving businesses in to once-abandoned buildings, and for years, “guerilla gardener” Frank Snapp has been sprucing up the medians on 40th with bright, wild-looking flowers and shrubs. He works on the median between Opal and Manila Streets with Lisa Regul, a 40th Street resident. (Check out Oakland North’s 2009 profile of Snapp here).

Regul says that before Snapp’s efforts, and before she started working the median, it was an eyesore. “It was pretty much a pile of weeds and a single tree when I moved to this neighborhood,” Regul says. “And it’s slow going–probably about half of everything planted out there dies. There’s no irrigation, the soil is poor, there are tons of weeds and garbage, and plants are often trampled by pedestrians. But it looks a little better every year and I firmly believe that gardens improve the nature of a neighborhood, so it’s important to keep trying.”

Regul’s own home on 40th street was originally nothing but a graffiti-covered building surrounded by empty, hard-packed earth, and now its surrounded by lush vegetation. The parklet will build upon these efforts, adding more color and plant life to the street. And it will round out the eclectic collection of businesses that now call 40th Street home.

Across the street from Manifesto and Subrosa, which are there’s Homeroom, the popular mac and cheese restaurant that moved in February of 2011. Known for its decadent comfort food, Homeroom dishes up the classic in many forms. Want straight up cheddar? Want goat cheese? Want to add ham or broccoli? You got it. (Check out our previous coverage of Homeroom here.)

For 40th Streeters who want to stay in for dinner, Temescal Produce Market at the intersection with Broadway opened several months ago, and carries everything from fresh, organic produce to household cleaning items in a beautifully organized space. 40th Street resident Josh Kahn says having the market near by has changed the way his family shops. “We’re back to the walking to go get our groceries instead of driving out of the neighborhood,” he says. “We’re in there every other day.”

There’s a small, hip clothing boutique that shares the building with Subrosa and Manifesto, a storefront that advertises “flotation tanks,” and across from Subrosa, there’s 1-2-3-4 Go! Records, a music shop owned by Steve Stevenson. Stevenson has run an Oakland-based label, his store’s namesake, for 10 years, and is glad to call 40th Street home (He, like many of the other business owners, lives there too). The store has been open for a few years, but just settled into its current location about 10 months ago. “I try to keep it pretty focused instead of trying to be all things to everybody. I sell mostly punk and indie, though I do have a little bit of everything,” he says of his store’s offerings. “I sell about 96 percent vinyl. The rest is tapes, and I’ll sell the occasional CD.”

Stevenson also hosts live music in the small venue  at the back of his store (complete with a photo booth)—40th Street’s first concert venue. There’s talk, he says, of a beer garden going in next door, and perhaps of a new restaurant across the street. “There’s is a lot of exciting stuff going on in this neighborhood,” says Stevenson. “The rents are right, it’s in the middle of a great neighborhood. I hope people feel inspired to come this way.”

As for the parklet-to-be, says Macken,“This street will benefit from it a lot. I’m not big on signage, and I feel like it will be an attraction people see from a distance. And having some extra seating will be really nice. Plus, we’re going to have big planting boxes with native plants that will block the traffic. And lots of bike parking.”

The space, which will extend from the sidewalk in front of Subrosa and Manifesto into the two parking spaces in the street, will also feature a wooden sculpture shaped like a eucalyptus tree, plus ample tables and chairs.

Macken says she hopes the parklet will be built by June, thanks to the help of many hands (and wallets). A landscaper and an architect laid the plans, for free. And the labor for the building of the park? That’s all being donated, too. Gibbs and Macken raised $10,000 on Kickstarter for the materials, thanks to the generosity of their neighbors.

Kahn, who lives down the block from Subrosa with his wife and toddler, is excited about plans for the parklet. “I’m thrilled about it—it’s going to be so nice, and there’s plenty of space for cars as it is,” he says. “The spot in front of Subrosa is often busy and crowded, so it’ll be great to have a little more room. It’ll be a great natural expansion from what’s already in place.” 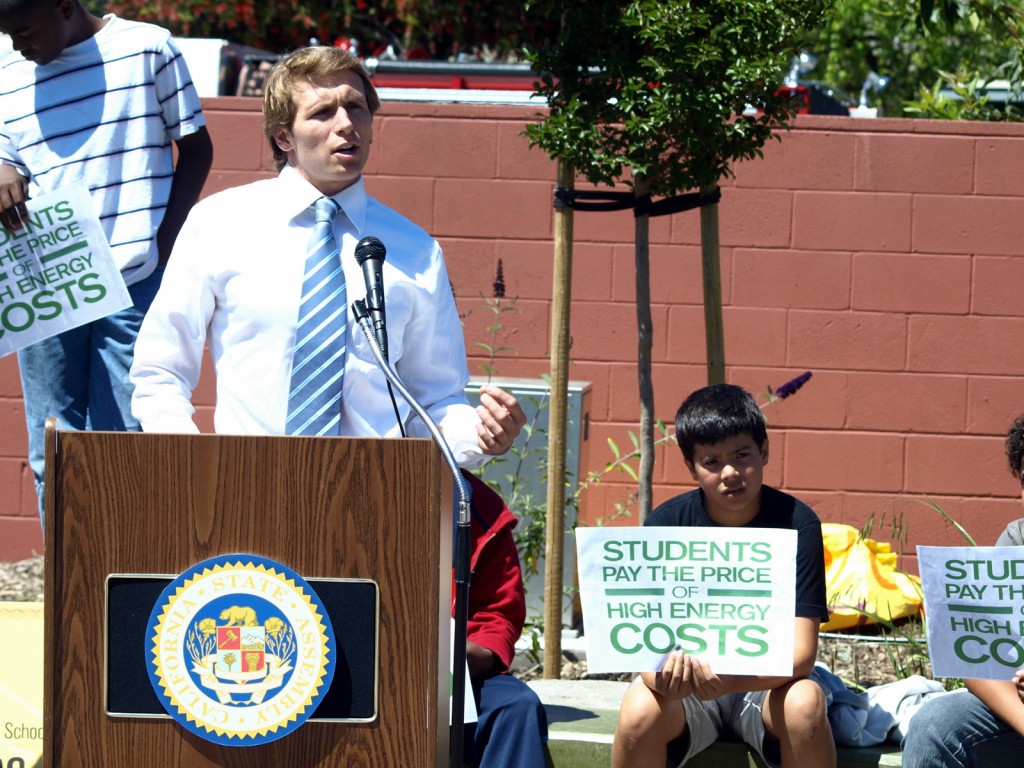