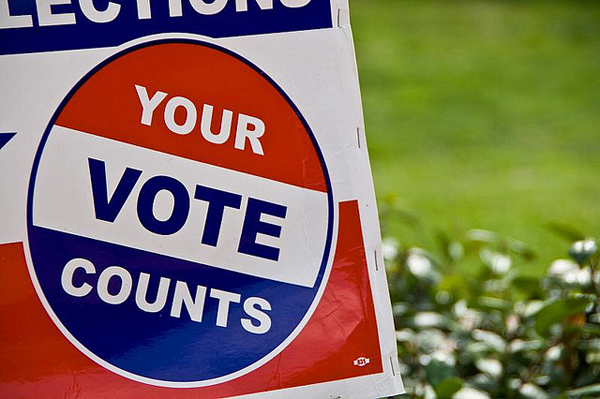 “We’re at the tail end now,” said Dave Macdonald, Alameda County’s Registrar of Voters. “It’s still a significant amount of work every day, but we’re looking at certifying on November 21.”

State law gives voting agencies 28 days to count every ballot cast, and certify the election. Until then votes cast either by mail or by provisional ballots, such as those handed out by voters who show up at the wrong polling place, can still trickle in and change results of races. So although the Registrar of Voters has until December 4 to count all 810,836 ballots, Macdonald said his office is on track to finish nearly two weeks ahead of schedule.

“It’s extraordinarily faster than what’s typical for us,” Macdonald added. “No one usually cares unless we have a race that’s really close—then people call and say they don’t understand why a week after the election we’re still counting ballots. But it’s not rare for counties, especially larger ones, to take all 28 days.”

In addition to working faster this year, election officials said they’re scheduling the ranked-choice tallies differently than they did during the 2010 mayoral race. The  first, second and third choice votes are being retabulated every day at 4 p.m. In the 2010 mayoral race, that balloting was done more sporadically, which is why Mayor Jean Quan’s victory over Don Perata seemed like a surprise upset. Information about how voters’ rankings affected the final outcome—which candidates had the most second and third-choice votes, for example—will be available when the election is certified, Macdonald said.

Despite the remaining ballots left to count, Kaplan, who represents Oakland in the at-large position, publicly declared victory Tuesday over Ignacio De La Fuente, who remained a frontrunner in the race until election night, according to early returns being announced by voting officials. Kaplan currently has 61,675 votes, with De La Fuente coming in second, with 39,820. Carol Lee Tolbert came in third, with 20,599 as of Tuesday afternoon, followed by Theresa Anderson with 8,056 and Mick Storm with 4,177.

“I am deeply grateful to the voters of this incredible city for re-electing me as their citywide councilmember, with over 61 percent of the vote,” Kaplan announced in a written statement. “Oakland voters made it clear that they want us to work together to solve the real problems our city faces—to reduce crime and increase economic opportunity.”

In the wake of campaigns that had at intervals turned harsh and accusatory, Kaplan thanked the outgoing councilmembers, including De La Fuente, for their years of service.  “Voters also made it clear that they want respect and civility in the tone of our debate, competency in our work, and a forward-thinking approach to the advancement of our city,” she wrote.

De La Fuente, who has represented the Fruitvale District since he was elected as its District 5 representative 20 years ago, conceded a day earlier, when he said that even though he’s on his way out of City Hall after two decades, he is already thinking about other ways he can work on improving Oakland.

“We have a couple of months left while I am still in office, to get things done and focus our efforts on working to deliver effective crime-reducing measures,” De La Fuente said in a statement. “There is a lot to be done for Oakland, and I am already working on it!”

In District One, which includes North Oakland, the frontrunner and apparent victor is Don Kalb, coming in now with 7,967 votes, followed by Amy Lemley, who trails by about 1,000.  She had 6,964 Tuesday. The rest of the five candidates received between 1,300 and 5,600 votes.

Lemley said that on Tuesday she sent a letter to her volunteers, thanking them for their support, but that she has not formally conceded.

“I am going to wait until all the votes are counted,” Lemley said. “I think it’s pretty clear right now that it’s not going to happen, but I’m a believer that every vote should be counted.”

Lemley said she’s had a “fabulous experience,” and “feels like the luckiest woman in the world.” She said she has plans now to start working with city politicians to reduce poverty in Oakland.

“One of the things that I really learned is that you really can make a difference in local politics,” she said. “During the campaign, we had to answer to all kinds of groups, like unions and business groups, and we talked a lot about crime.  But one thing that I felt was absent from the campaign conversation is how we’re going to reduce poverty in Oakland.”

Lemley said she is not ruling out the idea of running again.
“I want to pursue this in a very political way,” she added. “So many of the problems we face come from poverty, and until we confront that, we aren’t going to change anything.”

Don Link, who so far has 2,039 votes, said he has formally conceded.

“I called Dan Kalb and congratulated him, so I guess that’s a concession,” he said Tuesday. “My campaign obviously wasn’t as effective as theirs.  I didn’t have the kind of funding they did.”

But Link said any of the candidates would have been a win-win for Oakland.

“Oakland is doing very well with the outcome of this election, and that would be true regardless of which candidate won,” he said. “Based on all the various candidate forums we participated in, I really did not hear anyone who wasn’t smart and engaged and informed about local issues.”

“I’ve reached out to Dan Kalb and congratulated him,” Raya said. “I found the election to be an invigorating and educational process in community-building. I’m very disappointed that I lost, but I feel privileged to have been a part of the conversation determining the future of Oakland.” Questions about the big Oakland Army base project? Maybe these folks asked them for you