Nearly a century ago, the warehouse on Jefferson and 4th Street in Oakland was a brass foundry. Back then, workers melted scrap metals to create the amber alloy that was a staple in the manufacturing of products from industrial tools to the trumpets like those that brought Louis Armstrong’s music to life.

In 2011, the cobwebs and mildew that had collected on the wooden rafters of the warehouse were sandblasted to usher in a new era of production.

Today, instead of melting down large cauldrons of metals and manually laboring over molds and presses, tech-savvy workers need only to follow one simple direction before finished products from dolls to prosthetic limbs materialize in 3D: “Just click print.”

These three words have become the motto of Fathom Studio, a 3D printing company that is the brainchild of founders Rich Stump and Michelle Mihevc.

Mihevc and Stump, who met through a friend, invested their own money in a 3D printer that was housed in Mihevc’s garage before the pair created Fathom in 2011. Since opening its doors, Fathom has seen a three-year growth of 1,188%, with 2012 revenues at $3.4 million, according to Inc.com. The company is ranked #369 in Inc.’s list of the 5000 fastest growing companies in America in 2013. Fathom’s 3-word motto, painted on the office walls, sums up the way innovators are looking to overhaul the way we make things.

“You can make parts of just what you need. Print them on demand,” said Stump.

The ingenuity of 3D printing and Fathom’s role in it has attracted high-powered partners like Lawrence Livermore National Laboratory.

“We want to see this state of the art technology move forward. Fathom helps with that,” said Patrick Dempsey, spokesperson for the Lawrence Livermore Laboratory who is currently working on a partnership between Fathom and the laboratory.

Instead of cutting or extracting a product from materials like metal or wood, 3D printing builds products layer-by-layer at the touch of a button. The industry lingo for this is “additive manufacturing,” because the product is created by adding only the materials you need.

The most surprising element of this seemingly esoteric invention is that its mechanics are fairly simple. Similar to the way a desktop printer uses inkjet technology to spit layers of ink onto a piece of paper to create a certain color, some 3D printers use a process such as polyjet technology to spit layers of photopolymer, a type of liquid plastic, onto a metal tray to create a certain form.

On top of that metal tray, called a build tray, each thin layer of plastic is distributed by a polyjet head, which is like the inkjet head that darts back and forth in a desktop printer. Then a UV light passes quickly overhead, curing the single layer of liquid plastic. 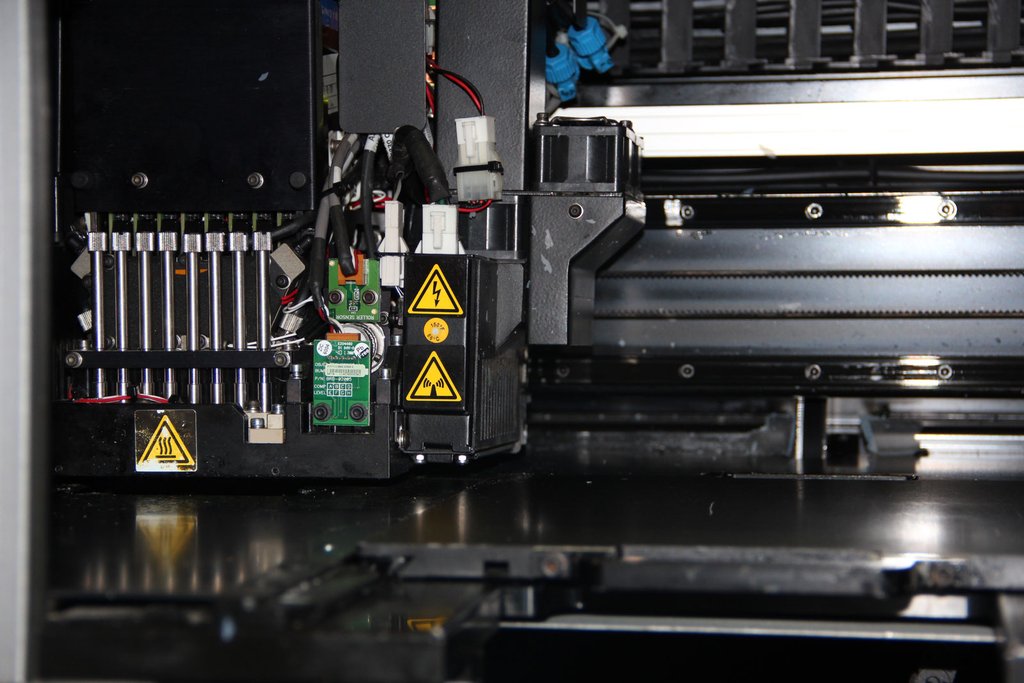 Layers of hardened plastic materialize over the course of several hours before the prototype appears. The actual amount of time it takes to create a finished product ranges anywhere from a couple hours to more than a day, depending on the size of the object and the size of the printer. This surprisingly simple upgrade from regular 2D printing to 3D printing is especially useful in the medical and research industries because it can easily create parts that require a lot of customized detail.

“Say, in a research environment you want to make something to do a test and you need something custom for that test. They’ll get into CAD (Computer Assisted Design software) and they’ll design a custom petri dish or a custom fixture,” said Stump.

The examples are endless. One time Fathom was commissioned to print out an exact replica of a young boy’s skull that was designed using the boy’s CT scan data so that surgeons could practice a risky surgery on the replica before going in for the real thing. The boy had a rare and life threatening bone disease. A printed copy of the skull sits in a glass display case in the Fathom office. This skull was designed using the data from a young boy’s CT scan and created by a 3D printer at Fathom.

“We’re involved in creating many of the parts you see in a hospital today,” said Ethan Escowitz, major account manager at Fathom. “When they’re coming out with the next version of that catheter or the next version of that stent, the engineer has to do a bunch of different revisions and the faster that they can get their new design into their own hands to test, and get feedback about what works better or worse, the faster they can get a better device to the market.”

SLS printers are significantly larger, and more costly, than polyjet printers. One machine at Fathom was shipped from Germany and is about the size and shape of an elevator in an office building. Inside the large white box is a mechanical arm that runs a laser over a block of powdered nylon. The laser fuses parts of the nylon powder, creating thin walls that form into ornate geometries. Fathom founder Rich Stump displays a miniature Eiffel Tower made in a 3D printer that uses selective laser sintering – a technique where a laser arm sinters nylon powder together to make a hard material.

“This thing comes off the machine basically as a big block of powder and you just blow away the powder that hasn’t been sintered together,” said Stump, holding an Eiffel tower created on the SLS machine.

The advantages of 3D printing come at a steep cost. One large polyjet printer, roughly the size of a restaurant meat freezer, sells for $250,000. Its replacement cartridges of photopolymer run several hundred dollars each. Because of the cost, some medical companies work with Fathom on a contract basis instead of purchasing their own printer. Larger companies often pay for the machines in less than a year, says Stump.

As with most new technology, advocates of 3D printing say the high costs could come down as the technology improves and becomes more mainstream. Stump said certain companies can actually save money by printing their prototypes before they go into mass production to avoid churning out faulty products that have to be recalled and reproduced.

“Additive manufacturing actually has the capability to improve the capacity of production, or make it less expensive,” said Dempsey of Lawrence Livermore.

To drive down costs, 3D printing will have to continue to prove useful outside of niche markets. Competitors in the 3D printing industry seem set on promoting each other’s work in hopes of bolstering the acceptance of the industry as a whole.

Instead of being in direct competition with 3D printing giant Stratasys Ltd, Fathom sells Stratasys-branded printers at its warehouse. In addition to singing the praises of his own company, Stump regularly promotes and name-drops other 3D printing companies. When asked about the future of 3D printing, his eyes light up and he talks about Orgonovo Holdings Inc., a San Diego-based company that is printing out real 3D human tissue in hopes of one day being able to print entire human organs.