Dogs, mini-horses and a leopard gecko received blessings at Skyline Community Church last Sunday, along with a cat, goat and photos of animals “with us in spirit.”

On a hot, summery afternoon, pastor Laurie Manning and church member Rhea Babbitt kneeled before some 40 furry, four-legged creatures and their owners, and blessed them. Most of the attendees were not regular members, Manning said, but community members who love their animals. Churches worldwide honor animals on the first Sunday of October, the feast day for the patron saint of animals St. Francis of Assisi.

Two rings of an old bell signaled the start of the ceremony, which was followed by a few words from Manning and a moment of silence. The wind was barely audible, though the service was held outside in the shade of pine trees.

“We are blessing the animals. But we are animals, and they are a blessing to us,” said Manning, who wore a V-neck, gym shorts and an ecclesiastical stole with rainbow stripes. Animals, she said, “are with us in our most intimate moments in a way very few people are.”

A small dog barked right after the rousing parts of the sermon.

In the back were two mini-horses, their eyes like baseballs, their summer coats shedding. Some dogs sat on their owners’ laps while others lazed on the cool floor, perhaps tired from sniffing and circling other dogs before the service. One church member said he would have brought his cat, if not for his arm being in a sling, and his cat’s grumpiness that morning. Babbitt, who organized the ceremony, led the congregation in a reading.

“On this day we come together to acknowledge,” they read aloud, “the sacred importance of all living creatures…. ”

Babbitt also spoke about her own animals, which she said provided comfort after her partner passed away. One lonely night, Babbitt said, her cat Apollo (her partner had called him “Appalling”) leapt onto the bed and wrapped around her arm affectionately. Apollo taught her how to be a more blessed human being, she said.

Several owners gave testimonies. One member spoke about accidently running over Juliet, his English bulldog, who then walked away with just a small scratch. Another spoke of his hip problem, and his dog of 18 years, who also has a hip problem. A third said she was thankful that she escaped from the 1991 Oakland Hills fire with her dog Lucy, because their companionship helped her through the anguish long afterward.

Manning blessed animals that had passed away and were represented by a table of photos. Everyone rose. The pastor gave out hand puppets and played an upbeat and mildly groovy worship song, “All God’s Critters.”

Finally, Manning and Babbitt blessed the animals. Kneeling, Manning told several dogs that they were cute as she petted them. She blessed a gecko perching on her owner’s hand. Babbitt placed her own stole over the owner and the animal – in one case, a big grey cat refusing to leave its cage. The owner closed her eyes. Babbitt uttered a few words.

The Blessing of the Animals has been held at Skyline Community Church for the past 15 years, one member said, and was started by Babbitt, who also blesses horses at nearby stables. Another member spoke of the wonder of seeing the same animals and people year after year.

“It brings great joy to me,” Babbitt said as she put her hand firmly over her heart, to bless the person and animal, and the journey they take together. Rhea Babbitt blesses a dog and its owner. “I tell people that I found the dog,” the owner said, “but really she found me.” Photo by Sanosi Osman. Juliet was accidentally run over by a very quiet Prius, her owner said. Photo by Sanosi Osman. Babbitt blesses an owner and his dog. Babbitt said Saint Francis of Assisi, the patron saint of animals, renounced his wealth and swore to bless every animal he saw. Photo by Sanosi Osman. 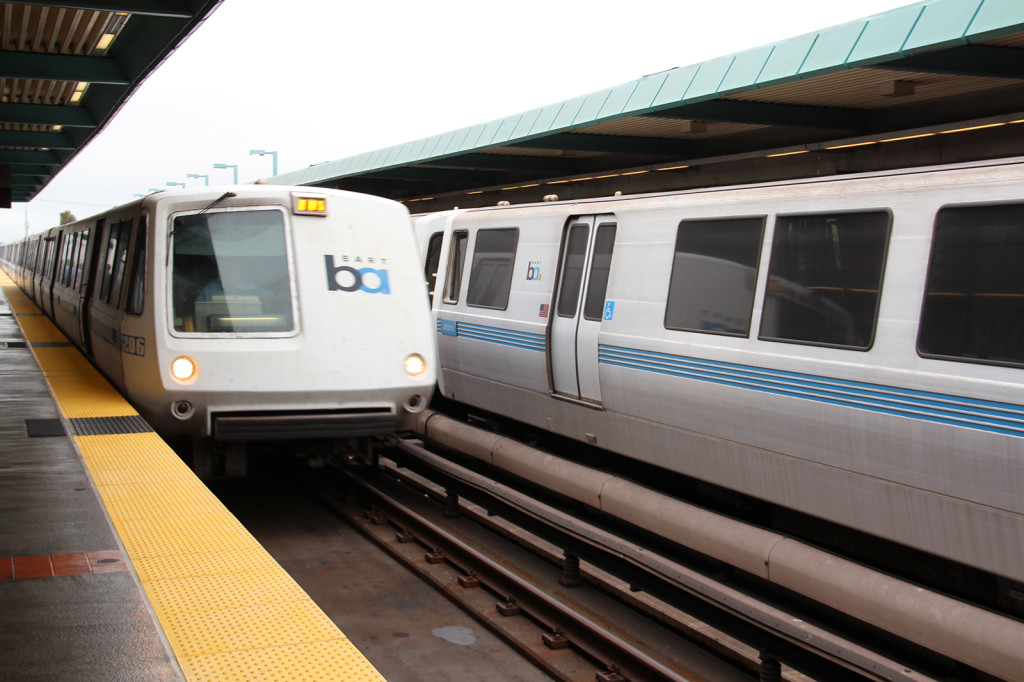