When the National Football League’s 32 owners voted in late March to approve the Raiders’ proposed move to Las Vegas, the organization’s fan base experienced heartbreak.

“I knew the vote was coming, but I believed that the NFL wasn’t going to really say yes,” says local Bay Area comedian and die-hard Raider fan Sean Reddy. “But the day before the vote, there were reports that owners are voting yes.”

The 32 NFL owners voted “yes” 31-1 to approve the Raiders’ relocation to Vegas. The owners of the Miami Dolphins were the lone “no” vote. Only 24 votes were needed to approve the relocation.

The Raiders are expected to begin playing in their new home in Las Vegas in the 2020 NFL season. While they are expected to play in Oakland for the next two or three years, they could also opt out of their deal to stay in the Oakland-Alameda County Coliseum after next season.

Fans and city officials shared their feelings of disappointment in the NFL’s decision to move the team from the sixth largest media market in the country to the 40th largest, one with little pro-sports history.

“That morning was a tough morning because I felt they were leaving and, surely enough, the NFL voted and anger hit me. I was pissed,” Reddy added. “Right away I felt the NFL and the Raiders didn’t give one thought about the fans. I was (madder) at [owner] Mark Davis just like how my dad was mad at [previous owner] Al Davis for the move to L.A.”

“It sucks,” said now-former Raiders season ticket holder James Sanos. “It’s a bad deal. (The) NFL chose greed over loyalty for the third time in a year. Raiders will bankrupt themselves in Vegas, and that’s if they even make it to Vegas. Don’t underestimate Mark Davis’ ability to screw the whole thing up.”

Meanwhile, some local businesses that rely on Raiders fans are worried about economic fallout from the team’s move. Matt DeLima owns and manages Pick 6 Sports Bar in Pleasanton and brings in close to 500 fans to watch the games at his venue during the NFL regular season. “Anytime a major sports team leaves a city, the economy will take some sort of hit, especially businesses similar to mine,” DeLima said.

“I have mixed feelings, obviously,” Davis added at the press conference. “I love Oakland. I love the fans in Oakland and I know that there’s going to be disappointment and some anger. And I just hope in the future as we play in Oakland this year that they understand that it wasn’t the players, it wasn’t the coaches that made this decision, but it was me that made it.”

This won’t be the first time the Raiders have left Oakland. The Raiders played in Oakland for 22 years after their inception into the then-American Football League in 1960 before heading to Southern California. The team, then under late owner Al Davis, moved to Los Angeles in the early 1980’s in search of a world-class stadium.

After 15 years in the Los Angeles, highlighted by the franchise’s third Super Bowl title in Super Bowl XVIII in 1983, the Raiders moved back to the Oakland-Alameda County Coliseum in a move that many thought was the last for the organization.

But 22 years later, history repeats itself.

Once again the move is being spurred by the team’s desire for an upgraded stadium, something the Raiders have wanted since the days under Al Davis.

The City of Oakland, along with the Fortress Investment Group led by former NFL players Ronnie Lott and Rodney Peete, had a stadium plan in place to keep the team in Oakland and to prevent the use of public funds for the stadium, the primary issue Oakland faced. According to a letter from City of Oakland officials to the NFL, the plan would have included up to 130 acres of land available for a stadium and mixed-use development on the same site that hosts both the Coliseum and the Oracle Arena.

Oakland’s plan for an open-air stadium would have cost about $600-$700 million less than what is being offered for the deal in Las Vegas. The Las Vegas offer to the Raiders includes $750 million in public money to be paid by the state of Nevada to build the stadium. The public money comes from an increased hotel tax, one that is already used to pay for local schools and transportation.

Oakland city officials had hope for their deal once casino mogul Sheldon Adelson and Goldman Sachs dropped out of the initial Las Vegas relocation deal last winter after Adelson and Davis couldn’t agree to certain terms regarding the stadium deal.

But shortly after Adelson dropped out, Bank of America stepped in to cover the financial investment originally held by both Adelson and investment firm Goldman Sachs.

Another issue with Oakland’s proposal had to do with the Oakland Athletics, who also currently use the Coliseum. While Oakland officials proposed that a football stadium and a ballpark can co-exist on one site, the NFL seemed to disagree.

“We, and the Raiders, have worked earnestly for over a decade to find a viable option in Oakland,” NFL Commissioner Roger Goodell stated on the day of the vote to reporters. “We believe we went the extra mile to find that solution in Oakland.”

The vote to approve the relocation of the Raiders by the NFL owners ends Oakland’s pursuit of keeping the only football team that’s played in the Coliseum.

“I am disappointed that the Raiders and the NFL chose Las Vegas over Oakland when we had a fully-financed, shovel-ready stadium project that would have kept the Raiders in Oakland, where they were born and raised,” Oakland Mayor Libby Schaaf said in a statement released by the city after the relocation vote was approved.

“I am proud that we stood firm in refusing to use public money to subsidize stadium construction and that we did not capitulate to their unreasonable and unnecessary demand that we choose between our football and baseball franchises,” Schaaf said in a statement after the vote was taken.

But not everyone seems to be so upset about the move. The decision was praised by former Raiders’ running back Kenny King, who scored an 80-yard touchdown for the Silver and Black against the Philadelphia Eagles in Super Bowl XV in 1980 and was a part of the team when they moved to Los Angeles for the 1982 season. “It’s a great move for the organization financially,” the two-time Super Bowl winner said. “The Raider fan base is larger today than it was in 1983.”

“The move to L.A. [under Al] Davis was to show the NFL that he could and did do it. Las Vegas is a huge market and it will help finance the NFL,” he continued.

And King said that the city of Oakland has to take some of the responsibility for the move. “I’m sad by the move because my team is leaving Oakland,” King said, “but I’m more upset about the way the city handled it. I feel like this was all a political chess match to free up the land to use for other projects on the agenda and the Raiders kept getting strung along.”

“You can’t blame [Mark Davis]. He gave the city of Oakland years to build a new stadium, which every other city has not had a problem with,” DeLima, the sports bar owner, added. “The city of Oakland has made great strides in other aspects. The Raiders were not part of their plans for rebuilding.”

The Raiders aren’t the only Oakland team to leave the city just as they’re on the rise. The Golden State Warriors are poised to move across the Bay to San Francisco, making their debut in the privately-funded Chase Center in 2019, just blocks away from AT&T Park, the home of the San Francisco Giants.

With Oakland losing two of its major sports teams within the next three years, the Oakland Athletics have made it clear that they will stay in Oakland. New A’s Team President Dave Kaval said in his speech during A’s FanFest at Jack London Square in February that the team will stay in Oakland and build their new stadium in Oakland. Jack London Square is on the list of locations for their new stadium site.

And Raiders owner Davis said in a statement a week after the vote that he hopes the team will still bring fans some local pride. “The Raiders were born in Oakland and Oakland will always be a part of our DNA,” Davis said. “We would love nothing more than to bring a championship back to the Bay Area.” 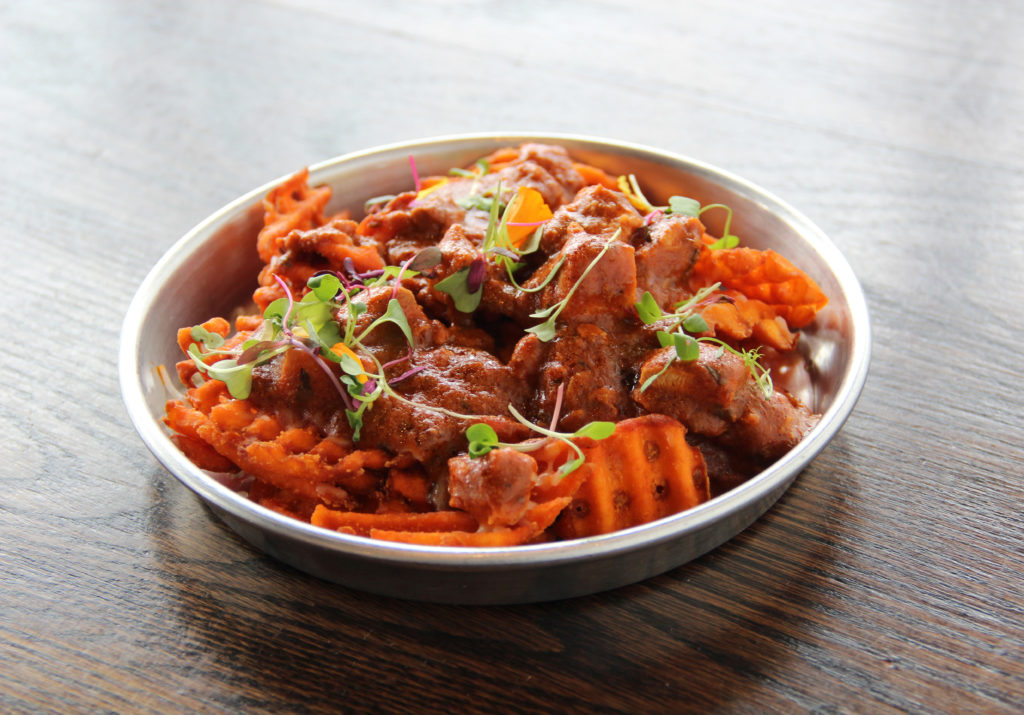