The 2020 United States Census is, unsurprisingly, all about numbers. Next spring, U.S. Census Bureau staff will begin an enormous undertaking, as they try to count every single person in the United States. The once-in-a-decade survey also determines which federally-funded social services programs will be available to residents.

That’s why several Bay Area organizations have started campaigning to reach out to groups that have previously been undercounted. These hard-to-count groups include undocumented, homeless, or formerly incarcerated people, as well as Black people, who have historically had a below-average participation in the census.

In the Bay Area, crowded households, with many people living in a single residence, are also at risk of an undercount. The same is true of homes where residents speak little or no English, even though the census is available in 13 languages.

Oaklanders might see evidence of expanded census outreach efforts into 2020. Census Bureau staff are hiring for thousands of jobs, including enumerators, the people who knock on doors, encouraging people to respond to the census. Staffers and volunteers from My Black Counts, an outreach campaign driven by a coalition of 30 Black-led or Black-serving organizations working to ensure an accurate count, will also go door to door throughout Oakland, letting families know why it’s important to participate.

“It’s important to our campaigns that we are messaging those communities, some of the hardest to count communities that are represented throughout the state of California, to ensure that they know that this is safe, that this is confidential, that it is very easy and can be a very fast process to participate in,” said LaNae Norwood, the strategic communications lead for the California Black Census & Redistricting Hub, which directs My Black Counts. Another part of their message, she said, is “helping them to understand how it impacts their quality of life and some of the services that they are using that help their families thrive.”

Norwood said that taking the census itself isn’t difficult. It takes about 10 to 15 minutes to answer several questions about household residents’ race, age, and sex—perhaps 30 minutes for larger households. (Curious about the questions? You can see a sample form here.)

But some people don’t participate in the census because they worry answering those questions will leave them vulnerable to government scrutiny. Norwood says that people who’ve been through the criminal justice system tend to have a negative view of government, and fear that taking the census will highlight their criminal record.

After members of the Trump administration tried to add a question about respondents’ citizenship status to the census last year, some advocates worry that misinformation will deter immigrants and undocumented people from participating. Questions about citizenship will not appear on the 2020 census, but that hasn’t necessarily quelled fears, said Casey Farmer, executive director of Alameda County’s Complete Count Committee, a regional coalition of governmental and nonprofit groups that conduct census outreach. “I don’t think the general public is aware that the question will not be asked,” she said. So her committee is producing testimonial videos in which immigrants talk about the importance of participating in the census. They are also collaborating with local nonprofits and media outlets to inform Alameda County residents about the census itself.

In 2020, census forms will be available online for the first time. Residents can also choose to participate by mail or by phone. Every household will receive an invitation to participate in the census by April 1. Residents without access to an electronic device, but who still want to take the census online, can also take the census at one of the kiosks hosted by My Black Counts or one of its partners at events in April.

The California Black Census & Redistricting Hub is an offshoot from California Calls, a coalition of grassroots organizations seeking to increase voter participation in communities of color. According to the group’s website, California has the fifth largest Black population in the United States, with over 3 million residents. My Black Counts estimates that over 1.4 million of these Black residents are considered hard to count.

Counting them may be even more difficult next year, because the number of Black residents in Oakland is shrinking as gentrification and the rising cost of living force many families to move to nearby cities like Antioch, or in some cases, out of state. Even if many Black families stay within California, the move to less urban areas challenges campaigners from groups like My Black Counts to effectively canvas sprawling areas where the information about census participation is most needed.

But participation is important, because it directly affects federal funding allocated to programs that many lower-income households depend upon, like the Supplemental Nutrition Assistance Program (also known as SNAP or CalFresh), the National School Lunch Program, and Section 8, a program that offers housing vouchers to low-income renters. These programs rely on a population count to determine how much federal funding they will receive. An undercount would limit funding and could cause a budget deficit if more people than expected apply for the programs.

“Based upon what research and studies have shown and historic participation, when we get an undercount, our public services and programs become underfunded. And that can have a ripple effect in our communities, particularly communities of color,” said Norwood.

“We know the census population count is used to determine where billions of dollars go,” agreed Farmer. “For each person in California who is not counted, they lose the community $1,000 per year.”

According to a study conducted by researchers at the George Washington Institute of Public Policy, California received nearly $77 billion in federal funding from programs tied to census numbers in 2015. Most of that money—over $44 million of it—went to Medical, California’s Medicaid program. But the funding extends to educational programs, housing, and transportation too. Other funding recipients included SNAP, Section 8 and the school lunch program.

If an undercount occurs in 2020, “We don’t know how many Head Starts we would lose,” Farmer said, referring to the federal program that offers early childhood education and nutrition assistance to low-income families. “We don’t know how many transportation dollars, and thus how many lanes on the freeway would not be repaved. We can’t get that unless you raise your hand and complete the form.”

The census also determines how congressional districts will be parceled. Political district lines are redrawn to ensure that the ratio between a population and its number of elected officials is roughly the same, in order to provide equal political representation to people throughout the country. But this process can be highly contentious, especially when the inclusion or exclusion of certain groups in a given district can determine which parties or candidates are most likely to win. Drawing a district to favor a certain party or group is commonly referred to as “gerrymandering.”

The Voting Rights Act of 1965 sought to counter gerrymandering by creating “majority-minority” districts, in which minority groups formed a majority of the population. But this strategy has backfired in practice, creating fewer districts that elect some minority groups’ preferred candidates, thereby limiting their political voice across the state.

In 2008, California voters passed Proposition 11, the Voters First Act, which shifted the responsibility of redistricting from the California legislature to a 14-member Citizens’ Redistricting Committee (CRC). The committee is comprised of five Republicans, five Democrats, and four members either registered with another party or without a stated party affiliation. This was an effort to counteract gerrymandering by allowing the committee, not politicians holding office, to redraw California’s districts.

But that process, too, can’t work without an accurate census. So until April 1, members of Farmer and Norwood’s groups will continue to knock on doors, make phone calls, and create educational videos to make sure Oaklanders understand why the census counts. Graffiti artist paints history and his perspective on Oakland walls 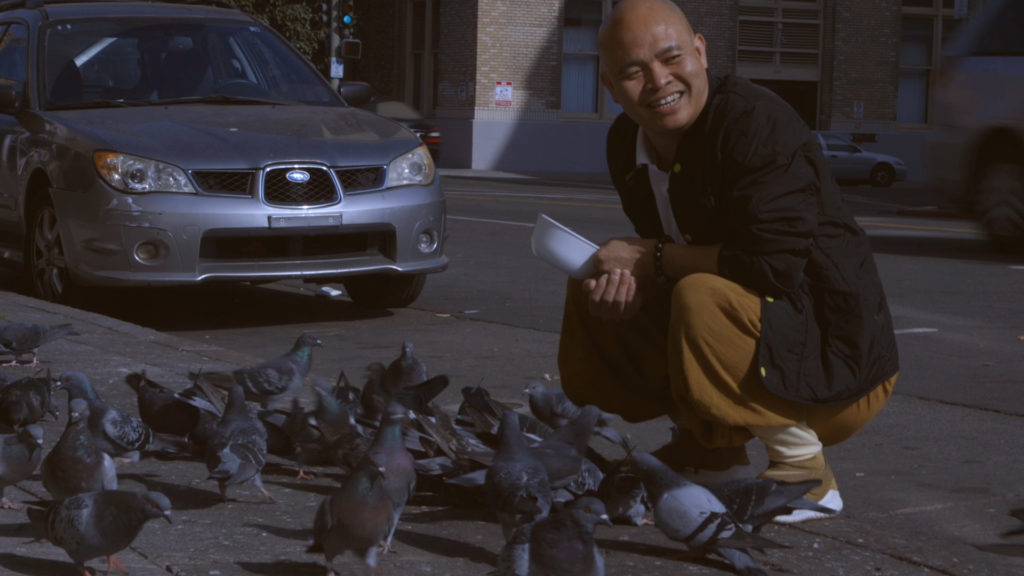