No grocery store in sight

Anyone who has shopped for food in a poor urban neighborhood, in Oakland or elsewhere, knows how it goes: Twenty varieties of malt liquor, potato chips, and frozen burritos and one bruised-up, waxy apple. Maybe a half-peeled onion. It’s so common that it’s almost a fact of life in America. Unhealthy food is as intrinsic to poor communities of color as are midnight gunshots and Newport cigarette billboard ads.

It is easier to stay drunk than it is to eat, says East Oakland resident Gregory Higgins when asked about the food choices in his community.

In Oakland, this fact is most evident when comparing the flatlands to the hills, two regions divided by the I-580 corridor and income, with mostly poor people of color living in the flatlands.These disparities in food access—sometimes referred to as “food apartheid” by community advocates— are the result of complex policy decisions and economic development trends, not just the fact that some can simply afford better food than others.

Shopping and eating healthy requires access to choices. But in Oakland, poor residents, especially in the flatlands, are hardly ever given the choice.

In contrast, neighborhood liquor stores, which rarely provide healthy food options such as fresh produce, dairy or meat, are radically concentrated in the flatlands, as shown in the map above.

Yet 94619, which includes the wealthier Skyline and Leona Heights neighborhoods, has:

How did it get that way?

Throughout the country, the 1950s, 1960s and 1970s saw massive numbers of middle class white families moving out of larger cities—like the expansive east Oakland—to its outskirts, hills and suburbs, taking with them much of the resources that held the community together.

Manufacturing and industrial centers also abandoned the inner cities, including east Oakland, particularly in the 1990s. Banks “redlined” certain neighborhoods as “risky” for investment, and many large retailers, including supermarkets, packed up and relocated to wealthier areas.

The effect is that today it’s still easier to get a loan to open a liquor store than a supermarket in low-income neighborhoods of Oakland, says Patricia St. Onge from the Hope Collaborative, one of many food policy organizations working to establish co-ops, community supported agriculture, and gardens in Oakland.

The tension is that often the people with the resources are not the people who live in the neighborhood, she said. Financing institutions often don’t want to lend, or they will lend in very particular ways. If you’re in a community where all you have are 7-11s and corner stores, you could argue that that community would not support a grocery store. But that is flawed thinking.

As a result, inner city communities were left with an abundance of liquor stores, some produce markets, and relatively few large grocery outlets to choose from.

To fill this void, some community organizations, such as People’s Grocery, have opened farmer’s markets. But farmer’s markets, and even small produce markets, are not a replacement for a full grocery store, Hope Collaborative’s St. Onge says.

The challenge is that farmer’s markets and community markets don’t have as wide a range, said St. Onge. People who have to take the bus might end up having to go to 3 or 4 places. It’s a great community engagement tool and a way for people to feel more invested in their neighborhood – but it doesn’t meet the needs of a full grocery store.

Even if a smaller store stocks all the items one might need to feed their family, St. Onge contends, the price is likely to be higher, because small store owners are at a disadvantage to chain stores when it comes to buying from wholesalers. Small grocery stores have to have a certain number of high price grocery items in order to cover their costs, St. Onge said.

Ultimately, St. Onge contended, Small is better than none, but big chains are not the best answer. We believe that the best option is a large grocery store that is community-based and community-owned – like co-ops that employ community people – and that is stocked with locally grown food. The closer things are, the fresher and less costly to transport.

Meanwhile, public officials have begun to address the over-concentration of liquor stores in certain neighborhoods. However, they are usually focused on the correlation between liquor stores and crime, not the lack of access to healthy food that liquor stores have come to represent.

In February of 2000, the Oakland City Council approved a resolution establishing a no net increase policy in the number of liquor vendors allowed in the city. In 2004, the City’s Public Safety Commission, headed by councilman Larry Reid, released a liquor store report card, evaluating the over-concentration of liquor stores in Oakland. The report states, Community complaints about these stores range from excess litter and loitering to accusations of alcohol sales to minors, drug dealing, prostitution, and shootings.

Based on public safety concerns, the commission’s report recommended the city ban altogether the opening of any new liquor stores. The recommendation wasn’t adopted, and liquor stores continue to saturate the flatlands, as our reporting in east Oakland found.

In recent years, community organizations and public officials have been more active in directly addressing food access issues in Oakland. In 2005, Mayor Jerry Brown authorized a study of Oakland’s food system, an effort that eventually led to the founding of the Oakland Food Policy Council in March of 2009. The council—a collaboration between government agencies, non-profits and researchers—is one of the few of its kind in the country, and most recently met on March 18th.

But the council has only just begun to tackle the massive historical and structural challenges associated with closing the food gap that Oakland residents live with everyday, on every block.

We defined ‘major grocery store’ as a constant, reliable source of a wide range of foods, including fresh produce, meat/poultry and dairy items.

While there are small convenience/liquor stores that also sell decent produce, we did not include them as grocery stores because they did not seem to qualify as reliable food sources based on our research criteria.

The liquor stores plotted on the map above are based on data from the California Department of Alcohol Beverage Control. The locations of the food outlets is based on a search of a variety of public listings of grocery stores and supermarkets, such as Google.com, Yelp.com, Insider Pages.com, and reporting in the field. Information about produce and farmers’ markets was pulled from the the on-line database of the California Department of Public Health’s Network for a Healthy California. Demographics data is from the 2000 US Census, and income data is from www.city-data.com

“It’s easier to stay drunk than it is to eat” 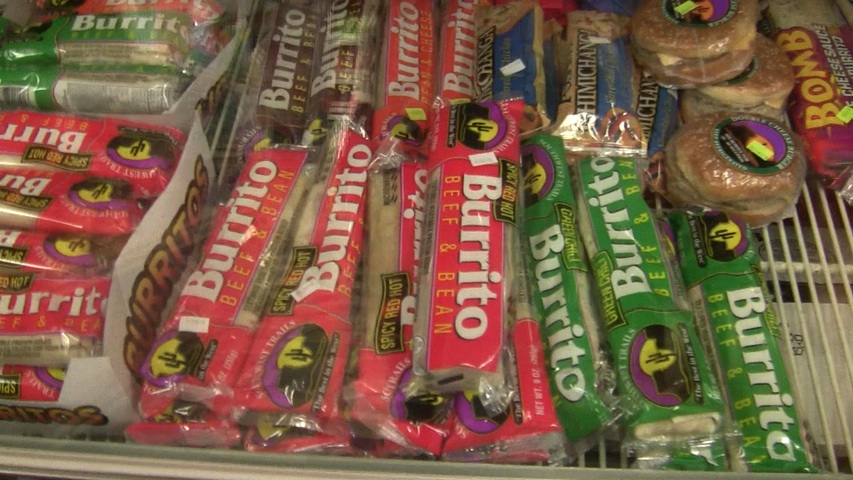 Oakland North asked locals shopping at Eastmont Town Center what they thought of the food choices most available in the community. Most respondents said that to get anything healthy, you have to go “up there” – to Rockridge or Emeryville. 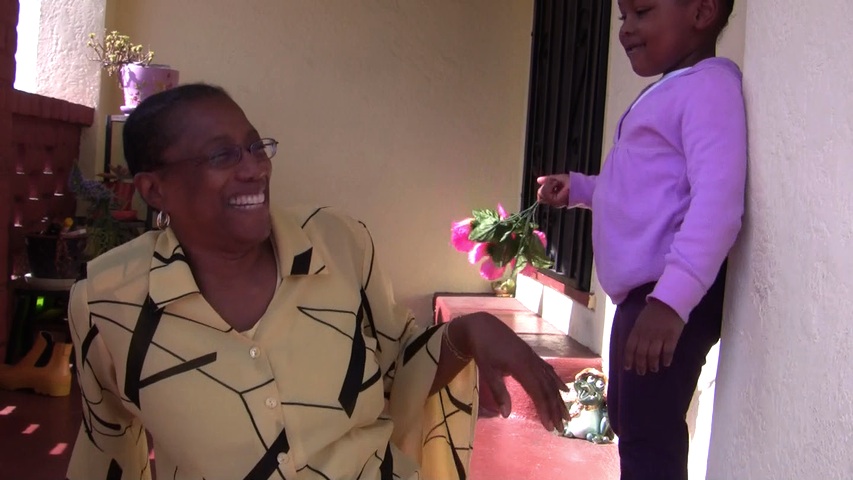 Because produce and meat at the few nearby grocery stores often expire on the shelf, Patricia Jones and her family drive twenty-five minutes away to supermarkets in San Leandro to buy food.

There’s no organic food nearby 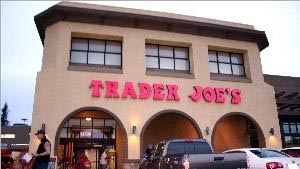 Gloria and Anthony Crowell, both 47, and their two pre-teen sons, regularly travel to a San Leandro supermarket for the organic produce they say they prefer.