Street chic: the faces of fashion at Art Murmur

Oakland’s Art Murmur event on Friday night focused on art of all forms. There were storyboards of comic books. There was a fawn with a surveillance camera for a head. But aside from what could be found in the galleries, the event attracted creative individuals who chose to wear their art rather than display it on a wall.

Oakland North scoured the crowd on 23rd Street in search of the stories behind peoples’ eccentric fashion choices. 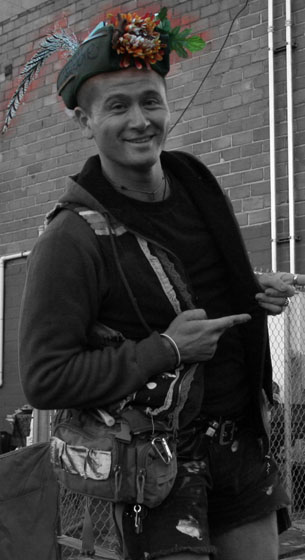 “I just decided stuff’s boring and I wanted to put cool stuff on and it all has meaning.” The hat, a purchase for last month’s Burning Man event, was glammed up with a bill from another hat, a feather (a gift from a lady friend), and a flower he made for a local artist. “Smells like a man; smells like coconut.” 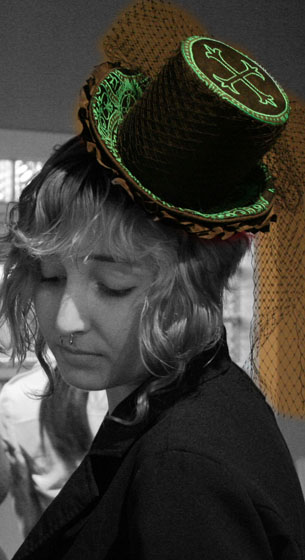 Babcock was modeling the hat for friend and designer, Kelly Bennett of Bennett Millinery. “I found the fabric for it and I was like, ‘Oh, it’s just too cool,’” said Bennett 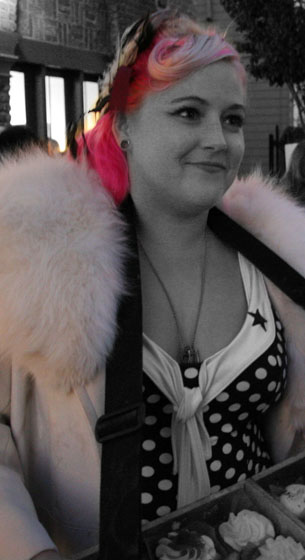 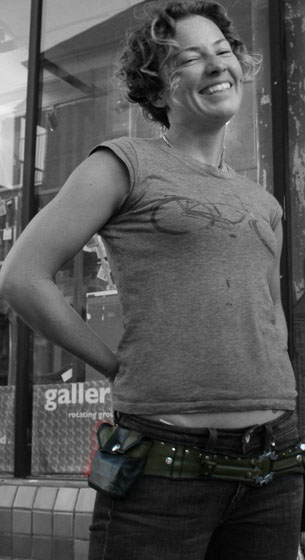 “I really didn’t like carrying a purse, so I wanted a way to carry my stuff with me without having it on my shoulders. I bike a lot so it’s a really good way to carry stuff around.” Made of scrap leather, parts of a bike cassette, and an old pair of leather pants, the hands-free purse has a space for her wallet, cell phone, and bike key. 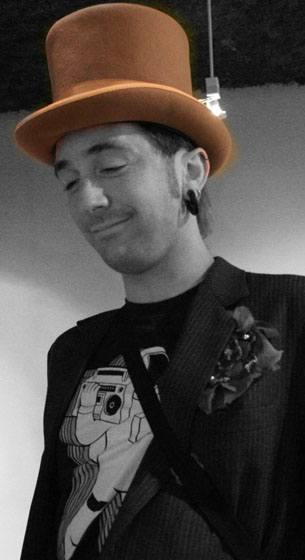 “Well, it’s very tall. I love top hats.” Manning buys all his hats—fedoras, cabbie hats, top hats—from the Berkeley Hat Company. This one has been part of his wardrobe for about four years, and he says he wears it often. 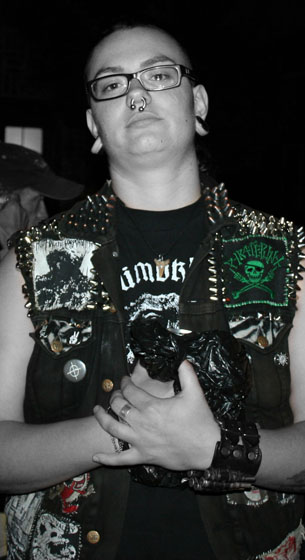 “I’ve been working on it for about a year. Whenever I get the money or the time, I’ll add stuff to it.” The vest—adorned with studs, paint and patches—is a staple in Alexander’s wardrobe; he’s worn it every single day since he first assembled it in order to be a part of his “crew,” the Diablo Valley Pyrate Punx, a DIY underground music collective and support group.

For student athletes, defibrillators remain out of reach

On your mark. Get set. Paint!

‘This is how you serve your community’: Oakland churches get grant to put housing on their land