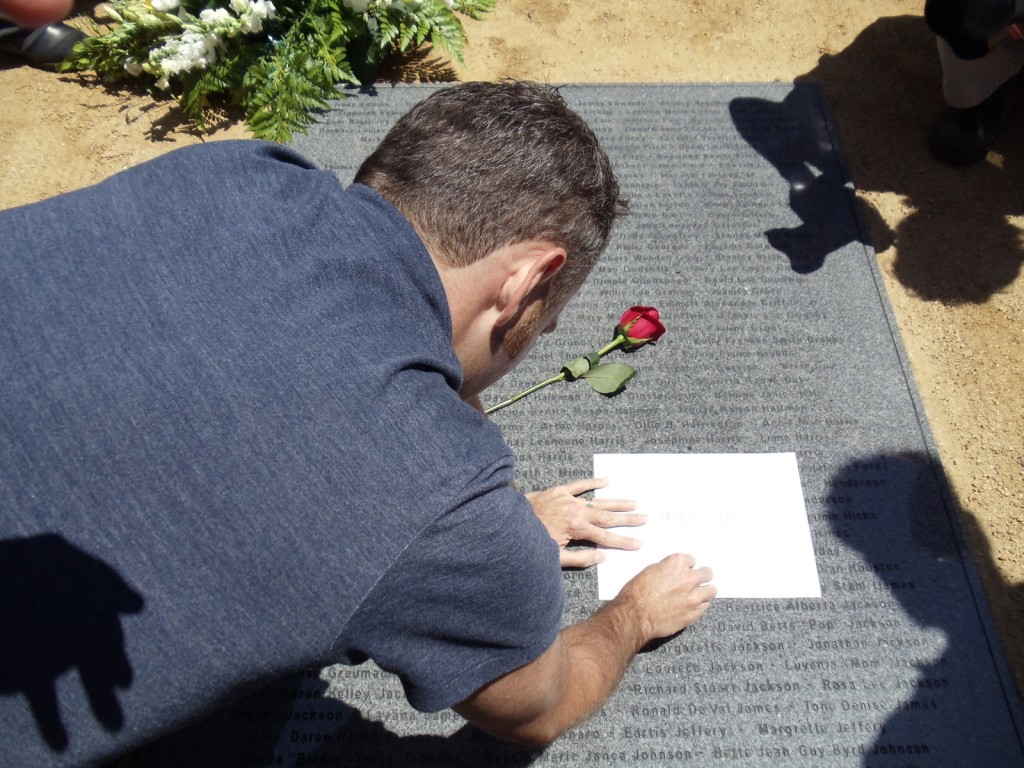 On Sunday at Oakland’s Evergreen Cemetery, dozens of people gathered in the sunshine to remember Jonestown at the unveiling of a memorial for those who died in the Peoples Temple mass suicide in 1978. Bring up Jonestown to people who read and watched the news in 1978, and you may hear a story of disgust, anger and shock. But ask the people who were there for this weekend’s service, and you will hear about love, dedication, agony and finally—after 32 years—closure.

Peoples Temple leader Jim Jones started his group in Indiana in 1955, but moved to the Bay Area in the 1960s. Considered radical by some and wise by others, he preached socialist and interracial ideals, and led an exodus of nearly one thousand followers out of the United States to create what he said would be a utopian community in the South American jungle. Bayney Karran, Guyana’s ambassador to the United States, speaks at the ceremony.

Jonestown, the outpost in Guyana for the religious organization, gained notoriety when Jones instructed his followers to commit mass suicide on November 18, 1978. The death of 918 people there was the largest group death of Americans prior to September 11, 2001 and captured the attention of international media. The mass suicide is largely thought to have been sparked by the visit of California Congressman Leo Ryan, who was killed after making a trip to gather facts about the community.

The bodies of over 400 of those who died in the mass suicide were buried at Evergreen Cemetery back in the 1970s. On Sunday, friends and relatives of the deceased, as well as Peoples Temple members who had never gone to Guyana and Jonestown survivors, were reunited to memorialize the lives of those who died. Some had not seen each other since Jonestown, and others met for the first time.

On a small grassy hill, people gathered under and around a green tent placed in front of what was once a plain marker dedicated to those who had died. The memorial service consisted of unveiling four additional granite plaques laid into the ground and carved with the names of the deceased.

Reverend John V. Moore, a United Methodist minister from Reno, blessed the plaques and flower wreaths were placed on each one. Moore had lost three family members in the tragedy. Other speakers included Jonestown survivors and Bayney Karran, Guyana’s ambassador to the United States. In 1978, Karran worked at a Guyanese radio station and delivered news of the tragedy, although at the time the number of deaths at Jonestown was underreported. “I join you in the expectation that this memorial will provide closure and catharsis,” said Karran at the memorial, adding that both the relatives of those at Jonestown and the nation of Guyana are still recovering from the events of 1978. Attendees looking at photos of those who died at Jonestown.

After the scheduled speakers spoke, people were encouraged to come up and share their experiences with Jonestown and Peoples Temple. The stories, anecdotes and poems shared were not just about death. One by one, speakers—some who had survived Jonestown, others who were related to or knew temple members—brought up the common goals of the “Promised Land.” They talked about old friends who had been loved by the community and memories of talent show performances, dance troupes, secret crushes and juicy gossip. They brought up the interracial community of peace and love they had built, and the visions of the world that had unified them decades before. “These pioneers sought to create paradise,” said Teri Buford O’Shea as she recited her poem “Names.” “They never wanted to become a memory.”

“We were happy,” said former People’s Temple member Dawn Gardfrey who lived in Jonestown as a teen. “We did regular young people things, like dancing and badminton.”

Gardfrey was 15 in 1978 but was in Georgetown, Guyana at the time of the suicide. “I had to have a tooth pulled, but they didn’t have that equipment,” she said. She left Jonestown for the procedure, and despite letters from her friends she never went back. “It was my lucky tooth,” she said.

Gardfrey traveled from Houston to attend the memorial and see her family members’ names on the first plaque. She lost her mother, two sisters, a brother and two cousins at Jonestown and embraced the opportunity to commemorate their lives. “I am ecstatic—this is my first memorial,” she said. “I was ready for this one.”

Former Jonestown resident Leslie Wilson, along with other speakers, thanked Evergreen for allowing an interment place for the bodies of some of the Peoples Temple members after other cemeteries refused. “You provided a resting place to our families when no other cemetery in the country wanted their bodies,” she said. Ron Haulman, executive director of the cemetery, said this was done for humanitarian purposes and because the Bay Area was home for many of the members. “We wanted to add to what we thought was the beginning of the healing process,” he said. But the memorial sparked some controversy, too, because the new plaques include Jim Jones’ name, despite an unsuccessful lawsuit that sought to prevent its inclusion.

“I wouldn’t want it there myself, unless it said ‘This murderer killed all these people,’” said Dan Harpe, who was a member of the temple as a boy. He and his mother were members in California but never went to Jonestown.

“We absolutely hate it,” said Ericka Harden, who lost family members at Jonestown—she said her grandmother, aunt, cousin and his son were Peoples Temple members and wanted to take her to Guyana, but her parents were against it. “It’s very disrespectful,” to include Jones’ name, she said. She said that when her family originally donated money to the memorial it was promised that Jones’ name would not be included.

Others felt that it was important to include Jones’ name on the memorial. “This is a memorial to people who died,” said Professor John Hall, who teaches sociology at UC Davis and whose book on Peoples Temple, Gone from the Promised Land, was published in 1987. “Jim Jones died and his name belongs there along with everyone else.” Flowers are placed on the four memorial plaques carved with the names of those who died at Jonestown.

“It would be a historical travesty—stealing our history—if he weren’t on there,” said Thomas Fausome. His father-in-law was a member of Peoples Temple and died at Jonestown. “Leaving him out would be trying to rewrite history.” Though he lost family there, Fausome said he is not seeking to place blame for what happened. According to him, Jim Jones may have committed atrocities but he was still “an individual of immense love.”

After the service, people were encouraged to touch the plaques and take pictures. Crayons and paper were provided so people could take home rubbings of the names of their loved ones.

Some, like Leslie Wilson, who lost 11 family members in the jungle, spoke of the trauma of the mass suicide and of adjusting to life after coming back from Guyana. “My heart felt like it had been shattered into a million shards of glass,” said Wilson. “What we have here is not just a memorial wall. It’s a healing wall.” 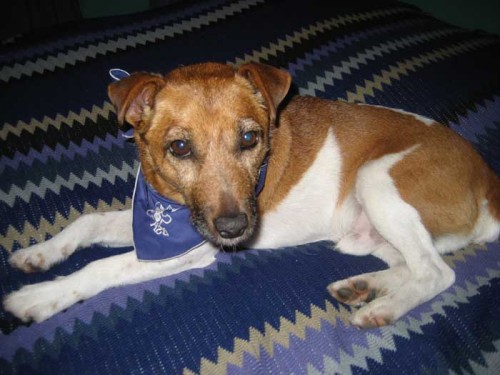 Adoptable animal of the week: Eddie