In her first public appearance as Oakland’s then mayor-elect, on the day after her November, 2014, election victory, Libby Schaaf held a celebratory press conference near Lake Merritt wearing a striking red dress, a necklace in the shape of the Oakland tree, a dangling pair of bamboo earrings and riding — unforgettably — in a fire-snorting snail-shaped chariot.

All of these items, it turned out, were made in Oakland — and all of them had a story.

To read about the Oakland artisans and histories behind each of these four objects, click on the images above, or use the links below to read:

The inspiration for the red dress

The making of the bamboo earrings

The building of the fire-breathing snail 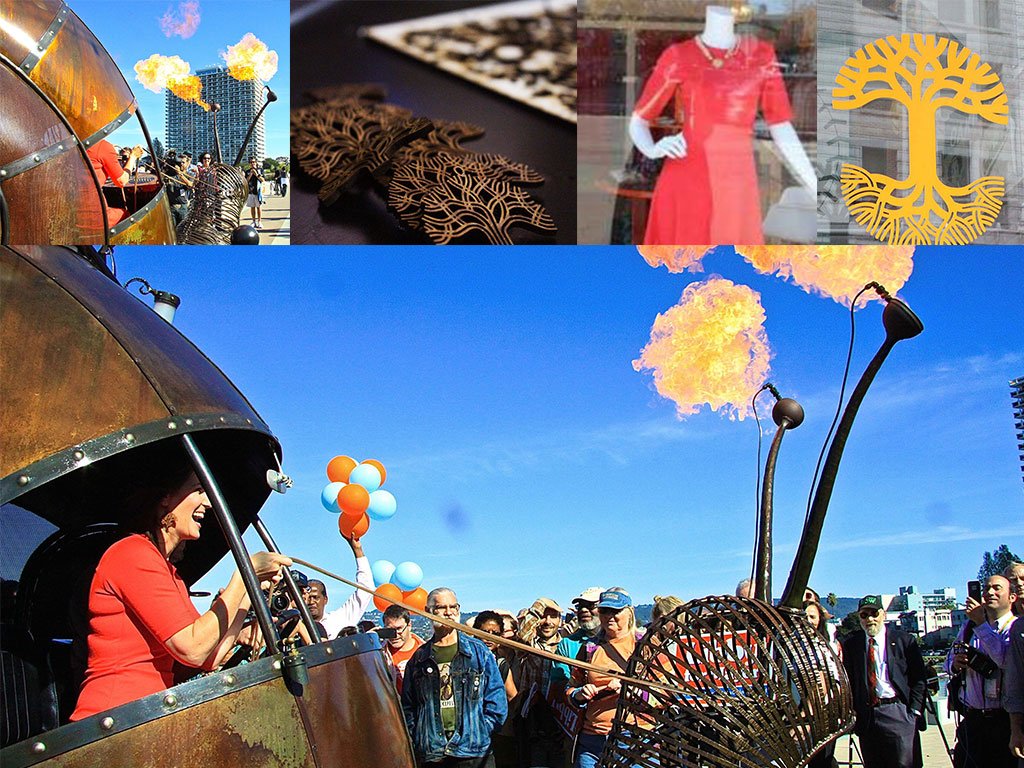 The Tribune Tower: Behind one of Oakland’s main attractions