The smell of buttered cornbread and melted cheese filled the truck, as its cabin rose to 127 degrees. Ken Stuckey, the owner of Kenny’s Heart & Soul Food Truck, sprang from his mobile kitchen to the sidewalk, using his over-sized business cards to fan the perspiration from his forehead. Between flutters of the card, he greeted new customers with a smile warmer than Oakland’s September heat wave. His food truck was parked between two other mobile vendors, and Stuckey watched as his potential clientele moved from one truck’s menu to the next.

Stuckey, like some other local food truck owners, is disappointed in Oakland’s current regulations for mobile food vending. Mobile vendors must travel in groups—commonly referred to as “pods”—in order to operate in certain locations throughout the city. Pods are made up of three or more food trucks, and are only allowed to operate eight hours a week in four out of seven city council districts. Individual food trucks are only permitted to park and sell food in Fruitvale and East Oakland neighborhoods. Solo truck and cart owners are only allowed to vend in these neighborhoods on private property, currently referred to as “pilot areas.”

Stuckey says this is a problem, because it limits where and how often he can sell food in Oakland. “My truck is currently in 50 locations a month and only two are in Oakland,” said Stuckey. “I am an Oakland resident and business owner. I have Oakland permits. The loan for my truck is from Oakland. I can’t even do business in my own city, and that’s a problem.”

Now, many mobile business owners like Stuckey are eager for the implementation of a new citywide food-vending program, which starting in spring 2016 will allow mobile vending in certain commercial and industrial zones throughout the entire city, with buffer distances from schools and restaurants. In addition, all vending types—individual food trucks, pods, and carts—will be authorized to vend from designated parking spaces or street blocks, and allowed to select a vending location by block or by specific parking space.

The city is currently in the process of collecting public feedback about how to update its mobile vending regulations. According to Oakland Food Policy Council Director Esperanza Pallana, the ordinance has yet to be drafted or proposed. “The planning department is working with us to draft the proposal. We have submitted research from focus groups and various mobile food vending programs from around the nation,” Pallana said. “Next, it’s going to the Community and Economic Development (CED) Committee, where they are going to ask their initial round of questions. If it were to be approved through there, they would then make their recommendations to the full city council.” The new ordinance will require two readings and a vote, totaling four city council meetings; the committee meeting, the first reading, the second reading and vote.

As the mobile food community waits for a decision, frustration has swelled among some vendors, especially for solo truck owners who want to operate outside of the Fruitvale district. Food vending project manager Devan Reiff, from the Oakland Department of Planning and Building, said that the current program had been ineffective due to the confusion and constraints of the several existing permit types. “There are currently five ways to get a food vending permit in Oakland, and the staff is trying to create one umbrella program that brings all the food vending types and permits together into a single program,” said Reiff.

Recently, Oakland held an informational city council committee meeting and four workshops to educate the public about the potential changes to the mobile food-vending program. During the workshops, attendees expressed their concerns regarding unpermitted vendors. “There is frustration that unpermitted vendors continue to operate and proliferate in certain neighborhoods, particularly the Fruitvale, and that the city should do more to allow the permitted vendors to operate without unfair competition from unpermitted vendors,” said Reiff.

The current food truck permit cost is $2,215, but Oakland’s planning department has considered reducing that price when regulations are updated in 2016. According to Reiff, the Oakland Department of Planning and Building aims to create various permit categories, each with a different fee.

Pallana says it’s very difficult to for mobile food vendors in Oakland to apply for permits. If an individual truck owner doesn’t want to work in a pod or operate in Fruitvale, they’ll have to go to the permit desk of the Oakland planning department and Alameda County to explain in great detail where they’re trying to vend and why. Both agencies can make a case-by-case judgment on whether the vending request is permissible. Some get approved, but some don’t. Pallana adds, “If you have a truck, there isn’t one permit that would allow you to go to any site you want throughout Oakland to just individually sell. People do go out there and do that, but they’re taking a risk of being shut down, threatened, or fined.”

Royal Egyptian Cuisine food truck owner Elmy Kader is one mobile vendor who chooses to operate outside of the Fruitvale and East Oakland districts.  Kader serves a large customer base, and has operated in Jack London Square since 2012. He refuses to join a pod. “How are we going to make money working only eight hours a week? You can’t,” said Kader.

According to Kader, the police and health department regularly fine him for conducting business outside of authorized areas. Kader says he doesn’t believe what he is doing is wrong, because the city has never implemented individual food truck regulations, only the 2011 “group site” or pod program. “There is a program for a single truck like me, but they never implemented it. So until they implement that program, there is no ordinance,” said Kader.

But Rieff said that solo vendors are currently restricted to privately-owned “pilot areas” and can’t park on the street. “Today, under the current program, an individual vendor is not permitted to be in the ‘public right of way’ or street,” said Reiff. “A food truck is supposed to be on private property only, not vending from a parking space.”

During the last workshop, Kader proposed what he thought would be a simple solution. “This is how it should be: You select your location and choose your own hours. If it worked that way, I wouldn’t mind paying the fees,” said Kader.

Stuckey, who is part of the Snow Park food truck pod, is very anxious for change, but worries about future operating costs. Pod members must collectively pay $1,000 for a permit and $100 a week for parking. Large mobile vending organizations like Off the Grid charge truck owners $150 to sign-up for a 6-month contract, $50 a day to vend, and take 10 percent of whatever that vendor makes. These prices are expensive for Oakland mobile business owners who are legally only able to operate in city pods two days a week in an eight-hour time span.

“We’ll have more freedom come next year to actually be in business. It’s just about what that cost is going to look like. How is that going to impact us? Everything is financially driven,” said Stuckey. “We want all food trucks to be on the same page and doing things legally. We also want the city of Oakland supporting us.”

As mobile food truck owners wait for the new regulations to be approved in the next CED meeting, Pallana suggests vendors utilize Oakland’s Hustle Guide, which helps anyone interested in starting a small food business in the city of Oakland. 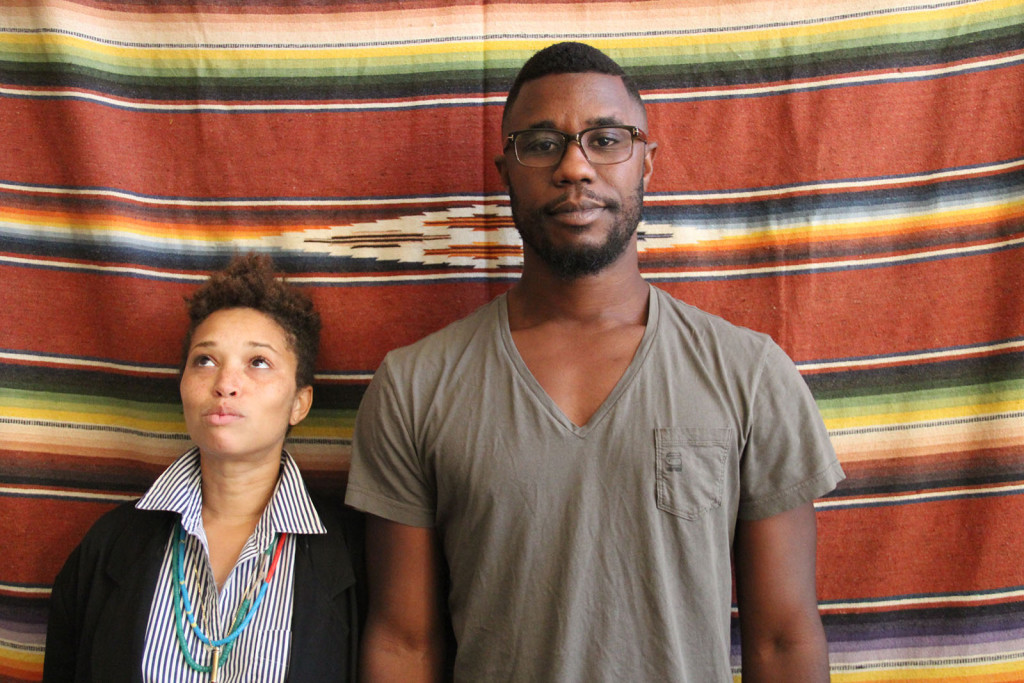