What if people could create more colorful neighborhoods by simply throwing herb and vegetable seed balls on the ground? What if they could rescue the declining bee population using this method? Or what if someone could throw them from a small airplane to sow an entire field of wildflowers? That’s the goal of the “Grow a Rainbow” project developed by Christopher Burley, the “Lead Pollinator” and CEO of Seedles LLC, who has set a goal of growing one million wildflowers.

Seedles are rainbow-colored seed balls made using a mix of clay, compost, water and wildflower seeds inside a colored coating. Because they are encased in clay and soil, the seeds inside are protected and won’t be eaten by bugs or birds.

Customers can toss them on the ground and let the sun and rain do the rest. The idea of creating Seedles germinated when Burley and his wife Ei Ei Khin were walking around their neighborhood in Oakland. They saw plenty of fields that could be covered in flowers, as well as vacant or underutilized lawns.

“We saw an opportunity to actually do something about it—to make the neighborhood and community a more beautiful place,” said Burley. After 18 months of mixing, planting and testing the Seedles, they came up with a unique rainbow of seed balls— which will grow into a variety of wildflowers such as California poppies and Black Eyed Susans—as well as “thyme bombs,” which grow the wild herb thyme. Each Seedle can grow up to five to ten wildflower plants. After months of testing, Burley also figured out a color-coating method that is non-toxic and kid-friendly.

They began a Kickstarter campaign to fund their dream, urging donors to “Grow the Rainbow,” and arguing that planting wildflowers would help the declining bee population, which is jeopardizing consumer’s food resources. According to their Kickstarter page, bees pollinate the crops that make up one of every three bites of the foods people eat. “If we lose such a great bee population, our food will become less diverse,” said Burley. “For us, bring back the bee population is just the first part of the movement. A healthy and sustainable food system is an ultimate goal.”

He had previous experience using Kickstarter to raise about $25,000 to support the project. “So I had this idea of you don’t have to go out to get investment capital, ”said Burley. “You don’t have to necessarily apply for a loan to the bank. You can actually ask your community to become the seed capital, the seed that begins to sprout your entire organization.”

On their page, they used phrases such as “SPROUT ME UP SCOTTY,””COOL AS COSMOS” and “LET’S BEE FRIENDS” to thank their backers and “Spout the Super Hero in You” to attract people to click. By April 8, 2013, around 300 backers successfully funded the project, raising a total of $11,000 within 28 days. 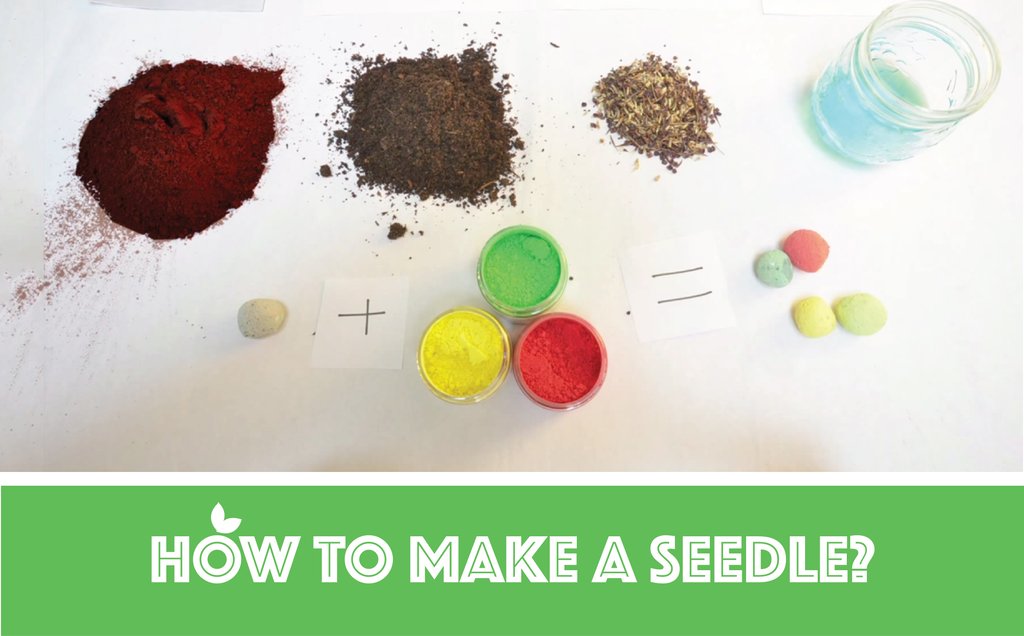 Burley views Kickstarter as an easy way to bootstrap the business. “Kickstarter for us was a channel and an opportunity to leverage the community resources we have,” Burley said. “And also a firm that this is a valuable movement, this is something people are connected to and interested in supporting. ”

Burley has a background in computer science and user experience design. He graduated from Michigan State University and later moved to his dream state, California. After he created a few online courses for UC San Francisco, he decided to quit and travelled the world for a year. While he was traveling, he helped a startup called Couchsurfing build its website. “I wanted something more out of life,” he said.

Burley shifted his focus from computer science to non-profit management because he wanted to become a social entrepreneur. “What I saw in a lot of nonprofits in general is a lot of passion,” said Burley, “which to me is a lot of wind in the sails, but not a lot of focus and steering.” So he decided to get a master’s degree in social entrepreneurship and management. He said he wanted to be “the rudder to help ships that are so full of passion and excitement.”

He chose to start a social enterprise, he said, because he wanted to be clear from the beginning that “our business is not the financial bottom line.” He said that for him, deep meaning “is intrinsically tied to helping out the environment and helping out our community” while making “enough money to keep the business running.” Part of the company’s ethics is to give their profits back to foundations and charities. “We are still going to keep a certain amount to continue building a business,” Burley said. “But everything else we are trying to invest into people who are actually making the world a more amazing place. ”

“This planet has already started showing signs of stress from human activity,” he said. “And I think it is only our duty if you care about your existence, and your family, and the future generation. It is a duty to be kind to your future self. ”

Burley sees a social enterprise as a group of people working together to make the world better. “We can look at our local government and national government and keep advocating for a different policy to bring about a healthy food system,” said Burley “but something you can do today is to grow healthy wildflowers. No one in the county has an excuse not to do that. Everyone can do that, right now, today, this minute. If enough people did it, that collective action will have a huge impact on helping provide the clean food the bees needs to stay alive and come back to improve their population over time.”

In a new online video created by Cascadian Farm, a grower, distributor and manufacturer of organic products, Burley recently had a chance to realize one of his dreams: Throwing his rainbow-colored Seedles to the ground from an airplane. Burley chose a vacant field in Yolo County, California, to seed in the hopes of transforming it from a desolate land to a flowery field. “Everywhere around here is going to be much more fertile, because the bees are going to be so excited about being in this area,” said Burley in the video.

Burley has been making Seedles in his kitchen since the beginning. Till now, he has made over 45,000 Seedles with his wife and volunteers since the company began selling them in 2014, including some kids who regularly come by his house and view Seedles making as the coolest job in the world. “I think the Seedles is awesome, because it saves honeybees from dying,” said one of his regular school-aged workspace visitors, stopping in as Burley was being interviewed.

Seedles can be bought online, but the bigger focus for the company is retail sells around the nation. Not only has the Seedles business grown, but so have Burley’s goals for the future. “Now our goal is not a million wildflowers, but a billion wildflowers, which is kind of unbelievable to think of considering we just started nine months ago,” said Burley. “We are going to make it happen, and we are going to try to make it so easy that everyone can do it.”

Oprah picks 19-year-old Oakland author’s book for her club, saying it ‘wowed’ her.

Community to OUSD: ‘You have the opportunity … stop this whole madness’