Psychics are ubiquitous in Oakland, but are they for real?

Though psychic storefronts are ubiquitous in Oakland, little is known about this mystical community. Do their abilities hold weight in the scientific community, or is the phenomenon just smoke and mirrors? Family, a job, their health; Oaklanders thankful for basics

With the Thanksgiving spirit in mind, Oakland North set out to Rockridge and Downtown to find out what Oaklanders are most grateful for in their lives this year. Watch our video to hear what people said. Teachers and students clash over cell phone use in class

Despite cell phones’ distracting effect on students, and the nuisance they present to teachers, efforts around the country to ban the phones in schools have been met with resistance and even lawsuits from students and parents. Oakland’s first experiment with ranked-choice voting, the system in which enough second and third-choice votes can propel a trailing candidate to victory, led to Jean Quan’s upset of former state Senator Don Perata. It also led to a robust argument about the system itself. Despite a clear leader, Oakland’s mayoral race is not over. Don Perata holds a 13 percent lead over his nearest competitor, but he is about 14 percentage points short of a “50 percent plus one” majority, meaning the race will be determined Friday by a ranked choice voting run-off. The run-off scenario leaves hope for three candidates—Jean Quan, Rebecca Kaplan and Joe Tuman—who trail Perata but garnered significantly more votes than the race’s other six candidates. “I think if it’s… 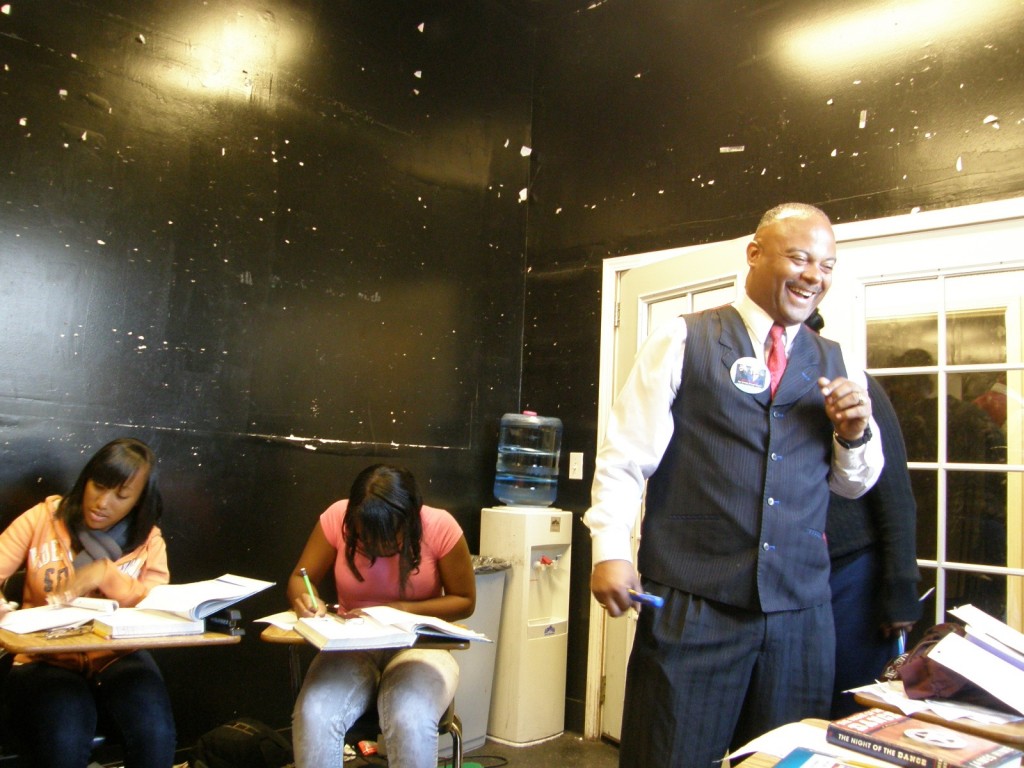 Oakland mayoral candidate Terence Candell isn’t an easy man to ignore—in fact, he believes it is one of the keys to being elected mayor of Oakland. “What do I say to the people who think that I’m going to scare people away? I say good!” he said. “Its about time that they met a real black man who doesn’t back down when someone gets scared.” Five weeks after their release from a Zimbabwean jail, the four members of Allen Temple Baptist church’s AIDS ministry team are already planning their next visit to the Southern African nation. Ten candidates, one mayoral race. As November 2 approaches, which of these candidates is making an impression on the people of Oakland? Twelve days before the 2010 election, Oakland North went to the corner of 51st street and Telegraph to find out. Oakland has become a popular destination for the estimated 20,000 Ethiopian and Eritreans living in the Bay Area, according to the Ethiopian Community Center in Oakland. The East Africans have been steadily migrating to the Bay Area since the late 1980s and early 1990s, seeking refuge from the brutal military dictatorship of then Ethiopian leader Mengistu Haile Mariam. But now, the community is flocking to the area on a more positive note. Drawn to the city for its temperate climate, reminiscent of East Africa, and its food-centric culture, many Ethiopian and Eritrians have settled in North Oakland—bringing the flavor and color of their customs and cuisine with them. 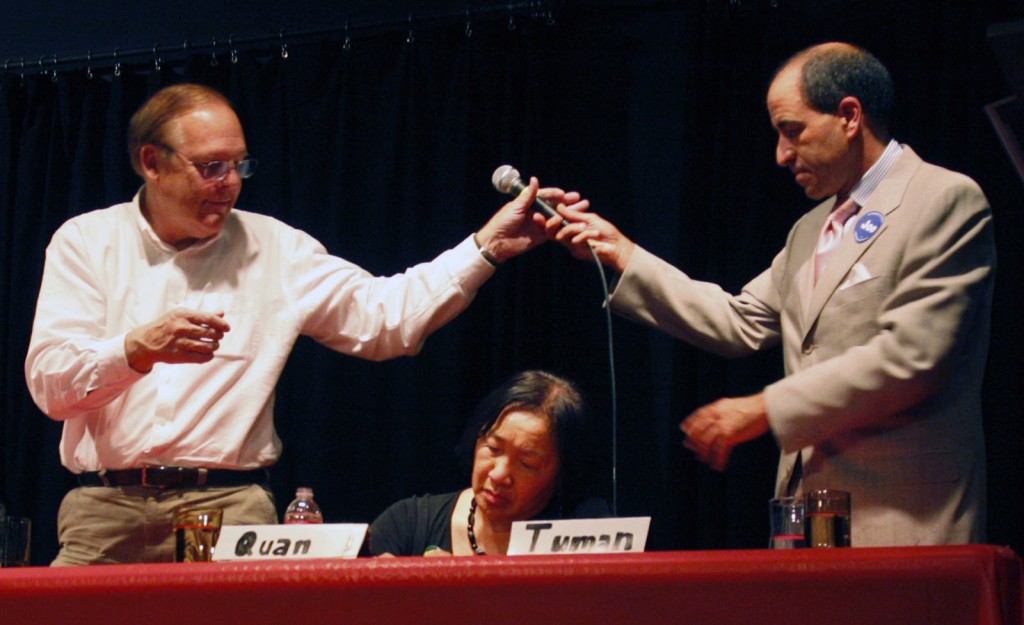 On Monday, eight of the ten candidates running for mayor of Oakland faced the city’s progressive community in a relatively lighthearted forum at Humanist Hall in downtown Oakland. The format of the event, co-sponsored by thirteen left-leaning organizations, including the Alameda County Green Party and the Niebyl Proctor Marxist Library, broke away from standard debate protocol. In some cities, the annual United Nations’ International Day of Peace on September 21, is marked by large vigils and even ceasefires. For Oakland, which officially celebrated Peace Day for the first time this week, the occasion was a smaller and more musical affair. President Obama’s controversial former pastor visited Oakland Sunday to deliver a rousing sermon to worshipers at Allen Temple Baptist, the church whose four members are still being held in Zimbabwe. On Wednesday, Don Perata, former senator and mayoral candidate, hosted a breakfast with more than 50 of Oakland’s most influential religious leaders to solicit their help in addressing school truancy, one of the city’s most pressing challenges. 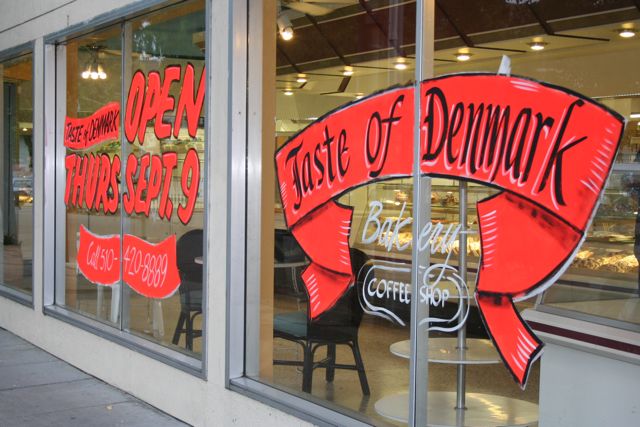 The late Neldam’s bakery is reborn, with workers in charge and treats as diverse as Telegraph Ave.

Oakland’s Neldam’s Danish Bakery had been in business 81 years before it closed in July. Reopened last week as Taste of Denmark, the new bakery plans to expand its offerings to include Asian pastries, tres leches cakes, and other delicacies from the modern city’s many cultures. 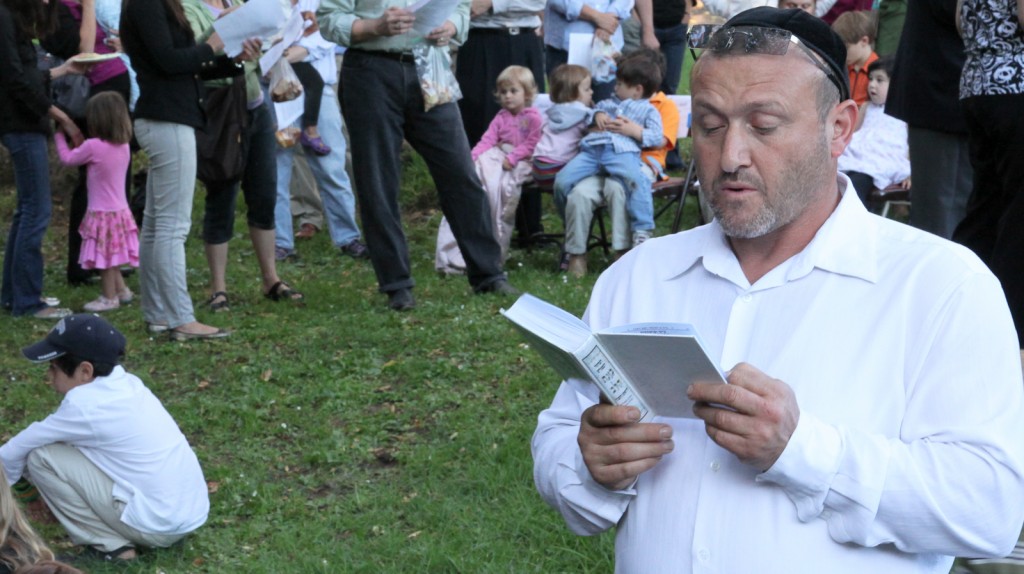 Throughout the city, Jewish congregants meet to symbolically cast away the sins of the past year, and prepare for a ten-day period of reflection and forgiveness.